Professional pariah, stranded in what appears to be the wrong decade. Keen student of history, enthusiast for the weirder side of reality,  and a permanent ‘neutral observer’. Also an objector to deception, illegal, criminal warfare and the mistreatment or degradation of human beings.

I believe in human dignity, human rights and the well-being of common humanity in all walks of life.

There’s really no ‘mission statement’ here: but if there was one, it would be to help spread unbiased truth, awareness, sanity and perspective in these highly toxic and apparently ‘post-truth’ times.

I’m also a musician, cultural enthusiast, music lover and comic-book fan-boy. My dream is to one day have a drink and a smoke in the Ewok village with Kurt Cobain, Malcolm X, Sylvia Plath, Darth Vader and Spiderwoman. And you’d be welcome to join us.

I have also previously written a regular magazine column on the weirder things in life, written for or contributed to Exposure Magazine, the Guestlist Network and The Big Issue magazine, the Chartist newspaper and the websites High Street Circus, SoUnderrated, Black Flag, and A Place to Hang Your Cape. My articles have also appeared on websites such as 21st Century Wire and Sott.net.

This website, Burning Blogger, was established after my original blog was taken down unceremoniously during the censorship purge of alternative media in early 2019. No sufficient reason was given for my de-platforming – and no right of reply or appeal offered.

But never mind – I like this new home better.

Thank you for visiting the site and for supporting independent journalism. 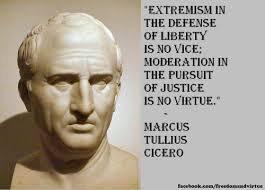