I’ve always wondered what treasures sit in the vaults and store houses of the Vatican, gathering dust for years; historical items that may go decades without being disclosed to the public or might even go decades unexamined by anyone.

A recent announcement revealed that in 2012 the Vatican authorities employed historical archivist Ignazio Perrucci to sort through something like 6,000 ancient texts in the Vatican’s possession. Among these was discovered a first-century AD document; even the words ‘1st century document’ are enticing enough, but what excited Perucci further was that it appeared to have been written by the historical Roman Marcus Velleius Paterculus.

And as he examined the text, what excited him even further was that it appeared to include a reference to a certain Nazarene Prophet; more than a reference in fact, but what is now claimed to be the first eyewitness account ever recorded of a miracle being performed by Jesus of Nazareth.

I’ve been aware that this announcement has excited a lot of people; it’s something I have delayed commenting on, because I was waiting for more scientific information to be made available.

But with Christmas approaching, I’ve decided now’s a fitting moment to look at the matter.

The Roman writer describes a scene that he himself allegedly witnessed; that of a prophet he identifies as ‘Iesous de Nazarenus’ resuscitating a still-born boy and handing him back to his mother. Immediately the scene has the sense of the familiar to it, feeling like something that could’ve easily been in the passages of one of the Gospels alongside the better-known miracles that form Christian lore and have been so embedded into the consciousness of millions around the world for many centuries.

It’s as evocative from a historical/cultural perspective as it no doubt is to committed Christians from a religious perspective. The stories laid down in the Gospels (including the non-canonical gospels) are part of our collective cultural inheritance and consciousness, irrespective of matters of personal faith.

The parchment composition, as well as the style of writing, is said to have been scrutinized and there is reportedly a perception of general legitimacy to the manuscript, though tests are said to be ongoing and some in the scientific community are calling for further authentication processes. Dating analysis, however, is said to confirm that the sheep-skin parchment dates from the 1st century, specifically some time between 20 – 45 AD.

It is unclear to me how reliable the source of this information should be considered, which is why I’ve delayed talking about it; but the story has certainly taken off in a big way, disseminated by scores of the on-line community as fact, though also inviting sceptical counter-arguments by just as many people who are unconvinced. 31 AD appears to be the date various reproducers of the story are citing as the date the text was written; I’m not sure how likely it is that the parchment has been dated that precisely already.

Further to that, 31 AD is considered by historians as the likely date for the year Marcus Velleius Paterculus was put to death on the orders of the Emperor Tiberius on account of his association with the scheming and murderous Marcus Aelius Sejanus.

That wouldn’t necessarily negate the legitimacy of the text, but it might be considered unlikely that Paterculus would’ve been traveling the Middle East at length and then be back in Rome to be caught up in Tiberius’s purge in the same year.

Professor Perrucci is said to have found the document while searching through a bundle of personal letters and other documents dating from the Roman era; which does again bring me back to wondering just how many important items the Vatican is holding in its possession and failing to reveal to the world – items that could be of tremendous historical or cultural value (other Roman texts, for example).

The Velleius text, a cynic might think, has been revealed because it supports Christian interests; if it didn’t, would it be in the public domain at all?

The broader text of the parchment is an account of Velleius’s journey home to Rome from Parthia. The segment of text perceived to be an account of Jesus occurs in modern-day Nablus in the Palestinian West Bank (pictured below; but then known as Sebaste). Velleius tells the story of a great teacher arriving in town accompanied by a group of disciples and followers and resulting in crowds gathering from the lower classes of nearby villages.

The ‘Iesous de Nazarenus’ who is the center of this evocative tale is taken to be a Greco-Latin interpretation of the name ‘Yeshua haNotzri’, being the Hebrew of ‘Jesus of Nazareth’.

Velleius’s story has Jesus visiting the home of a woman named Elisheba who has just given birth to a still-born baby boy. Arriving at the house, Jesus picks up the child, addresses the heavens in Aramaic and then to the astonishment of the crowd the boy is instantaneously brought back to life.

Curiously, Velleius refers to the Aramaic as incomprehensible, thus there being no account of the words the mysterious miracle-man speaks to the heavens; the Roman writer’s difficulty with Aramaic would appear to impart the document with an additional air of historical legitimacy. The other factor that can be said to aid the historical value of the document is that Velleius views the Jesus figure in simple, non-religious and strictly Roman terms; like Josephus, Velleius’s text has no religious overtone or embellishment, this being long before the growth of Christianity.

There isn’t even in any reference to Jewish religion or Messianic expectations; as far as Velleius is concerned the mystery figure in the story is simply a miracle worker. Velleius’s story could therefore be considered invaluable as a non-partisan account written by a known historic figure with no personal investment in spreading any ‘Christian’ message or in giving any credence to the Jewish mysticism of the time.

Unlike the various non-canonical texts that have been discovered in (relatively) recent times, such as the various apocryphal gospels or the texts of the Nag Hammadi Library, the enormous value of the Velleius text – if proven authentic – is its secular nature.

The Roman writer has no bias or religious agenda, he is simply providing a plain, unencumbered account of a personal experience. If the true date for the parchment genuinely is in the 20 – 45 AD region, it also makes it a text written at generally around the time in which Jesus’s ministry (according to the common reckoning) was supposedly occurring.

As fascinating as such texts as the apocryphal gospels and the Nag Hammadi texts are to read in all their rich mysticism and Gnostic ideas (the Gospel of Thomas, for example, is a compelling alternative to the New Testament), they are generally too subjective and too laden with religiosity or spiritual ideas to be comfortably regarded as reliable history, even if they are remarkably useful as a spiritual alternative to the forms of doctrinal Christianity that have dominated for centuries.

Something like this Velleius parchment, however, can be regarded in a much different light – that is, again, if it is authenticated.

Also it is believed generally that most, possibly all, of the apocryphal or Gnostic texts, were written a significant time after the accepted time-frame of the lifetime of Jesus; this also applies to the Canonical Gospels of the New Testament, none of which are believed (or even claimed anymore) to have been written during Jesus’s ministry.

Again, if authenticated, Marcus Velleius Patercalus is therefore a more reliable witness than virtually anyone else we have and the fact that he appears to believe in the reality of the ‘miracle’ he alludes to in the text gives us all something fascinating to ponder over, particularly at this time of year.

I approach the subject from a generally non-religious perspective, but nevertheless with a longstanding fascination; I’ve generally been as interested in reading and studying the non-canonical texts and particularly the more mystic, Gnostic texts associated with Jesus’s legend as I’ve been with the more establishment texts of the New Testament. The new ‘discovery’, if authentic, offers something of an entirely different nature to those other texts, but yet would also seem to ‘fit’ rather tidily with the prevailing religious view of Jesus and can therefore be said to service the church’s agenda. 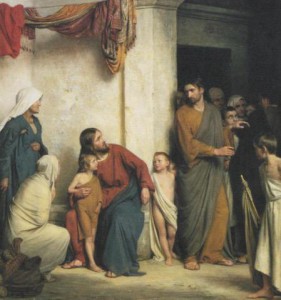 That invites suspicions of forgery. It may indeed turn out to be a forgery.

Then it again, it may not: and what then?

It isn’t entirely unthinkable that such a text could go undiscovered and unexamined in vast and dusty Vatican vaults for a long time; the Vatican is said to hold an untold amount of historical and cultural objects and it’s possible they’re not being poured over necessarily on a regular or even methodical basis and that items might therefore be discovered in a somewhat scattered, haphazard sort of way.

If authenticated this would be one of the greatest findings ever made in the study of Jesus as a historical figure and not just as a figure of myth, faith or doctrine.

For years many, including highly academic sources, have been sceptical as to whether a real-life historical Jesus even existed beyond the religious construct. Until now the only non-religious, historical reference to Jesus that I’ve ever heard referred to is the Jewish-Roman historian Josephus who wrote his Jewish-centered works contemporaneously to the Gospel era and made a vague reference to a figure called “Chrestus”.

This newly discovered Velleius parchment, if deemed authentic, will supersede Josephus as the most convincing historical reference to Jesus of Nazareth.

The question is: is it genuine?

The UK’s War Against Protest & Protesters…

The Old Elites at it Again: The Bizarre Coup Plot in Germany…

The ‘Satanic Verses’, Iran & the Attack on Salman Rushdie…

Christmas, the Little Town of Bethlehem & the Echo of History…

Why Israel Created Hamas: And the Fall of the Palestinian Movement…