Have you fallen down the ‘Q-Anon’ rabbit hole yet? Let’s hope not.

Because it’s really a diversion best avoided. It has never seemed to me, even for a moment, that ‘Q-Anon’ could be anything less than a Psy-Op.

The question is: what type of Psy-Op and for what purpose?

Is Q-Anon’s purpose to build up a mob/cult movement to fulfill the function of helping usher in an American dictatorship?

It certainly looks that way. ‘Q – The Plan to Save the World’ posits, from the outset, that Trump – and a cabal of ‘White Hat’ loyalists in American military and government circles – is secretly fighting the evil, ‘Satanic’ Deep State and that this Trump-led cabal might even eventually resort to declaring martial law and establishing a temporary dictatorship: in order, of course, to combat the deep corruption in Washington and America.

The scores of Q enthusiasts – literally the dunces’ corner of ‘conspiracy’-related research and content – are told to ‘Trust the Plan’. ‘Trust the Plan’ is a great mantra – because, essentially, if you have enough people who do ‘trust the plan’, you can do anything (including, potentially, subvert democracy or even the constitution).

As far as I’m aware, the cultists haven’t been actually told what the ‘plan’ IS – only to ‘trust’ it.

Which will now lead, basically, to months or years of armchair cult-members trying to connect dots and piece together ‘theories’ or ‘interpretations’ regarding the cryptic ‘Q’ drops and how it relates to whatever master plan it is that Trump or Trump’s cabal is carrying out. 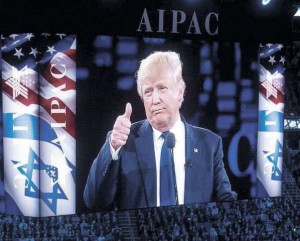 “He’s playing 4-D chess!” they proclaim, ascribing to President Trump a level of super-intelligence that just shows how much ‘Q-Anon’ itself is an exercise in mass cognitive dissonance.

But knowing what we know about military psychological programmes or about psy-ops in general, it’s hard to believe that the Q project isn’t being run by some department or group with a vested interest in keeping Trump in power for whatever reason – or for establishing a military dictatorship in the United States.

I would argue that it’s even possible that ‘Q’ started out as some random 4-Chan hoax, but that – once it gained so much momentum so quickly – it might’ve gotten co-opted by some higher agency or element that saw how useful it could be.

The idea would’ve been to build a mass movement of ‘believers’ willing to act as the street army for said coup: perhaps so that, if or when a military takeover occurs, there is perceived ‘people power’ that appears to be supporting it.

If you don’t think the military – or elements of the military – would conduct such a psy-op, you need to think again. Let’s remind ourselves, for example, of the infamous Satanist Michael Aquino, who – among other things – happened to be a ‘Psychological Warfare Specialist’ who worked in the Defense Intelligence Agency, Special Forces, Green Berets, etc. And also happened to be a practising Satanist (of Antony LaVey’s Church of Satan), ran the ‘Temple of Set’, and was apparently involved in child sexual offenses.

It was Aquino who developed the ‘Mind War’ and ‘mind architecture’ models (as previously discussed here) and wrote the paper ‘From PSYOP to MindWar: The Psychology of Victory‘, and was involved ‘…in pioneering work in military psychological operations (“psy-ops”)... which introduced such notions as “information warfare” and “cyber-warfare” into the Pentagon’s lexicon…’

This whole Q-Anon game seems like something right out of that playbook.

Someone, somewhere, is using cyber manipulation techniques to brainwash and utilise certain sections of society for their own purposes. Something not dissimilar appeared to have been carried out online to manipulate a lot of young people into joining the Islamic State group: Q-Anon might be serving a similar purpose, though this time targeting a different group of useful idiots. 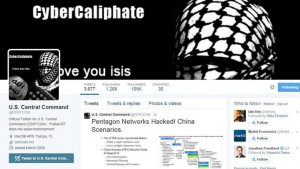 Again, probably for the purposes of creating a religious/cult army to support or validate a future coup or takeover of some description.

Whether Trump himself knows anything about Q-Anon or this psychological operation is unclear: he probably doesn’t.

What this Psy-Op is ALSO doing at the same time is putting the final nails in the coffin of conspiracy-related online content or research: by drawing a huge swathe of would-be or half-baked ‘conspiracy theorists’ down a blind alley towards a dead-end – and making them look stupid in the process.

And, in making them look stupid, what they’ll also do is make ALL ‘conspiracy theory’ content look stupid too – by association and by tarring all researchers with the same brush.

This co-opting or subversion of ‘alternative media’ has already been happening for a few years now: via the ‘alt-right’, the evangelicals, the Zionists and others hijacking the alternative media realm and re-directing it towards ulterior purposes. But this Q-Anon bullshit has the potential to really drag what’s left of genuine non-hijacked alternative media into an abyss – and this will especially be the trajectory if more and more otherwise ‘intelligent’ or well-meaning researchers or writers get duped down this ‘Q’ path.

Because, really, any researcher or writer with functioning critical faculties wouldn’t be falling down this Q-Anon rabbit hole. It is so clearly a Psy-Op; and so clearly a Jonestown-like cult in the making.

And yet another, related, purpose this program is serving is to ridicule or eventually derail any well-meaning research into certain subjects: such as child sex-trafficking and elite-level criminal activities, etc – which is one of the central interest-areas of most Q-Anon participants. Because when this thing goes all Jonestown some day, everything that Q followers have been discussing will left in the dirt – just as Jonestown left the reputation or image of the late sixties’ idealism and counter-culture in the dirt.

We’ll wait and see where it all ends up. Certainly, it won’t be anywhere good: because the end-point of this is either a military dictatorship with Trump as its figurehead or… a lot of brainwashed, but ultimately disappointed, cultists.

In the meantime, for the next few years at least, this Q-Anon nonsense (Q-Anonsense?) is going to get worse: and more and more stupid.

What the F**k is Happening on the Moon…?

What the F**k is Happening on the Moon…?

The Elephant in the Room: How Much of the COVID PANDEMIC is an Illusion…?